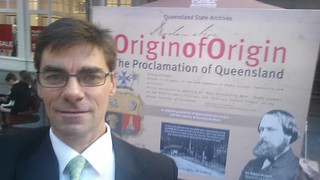 The Origin of Origin display contained the Proclamation of Queensland which declared Queensland a separate colony from New South Wales on 10th December 1859, when it was read to the 1st crowd of Queenslanders that had gathered. This initial crowd was about 4,000 people, presumably all cheering fans. 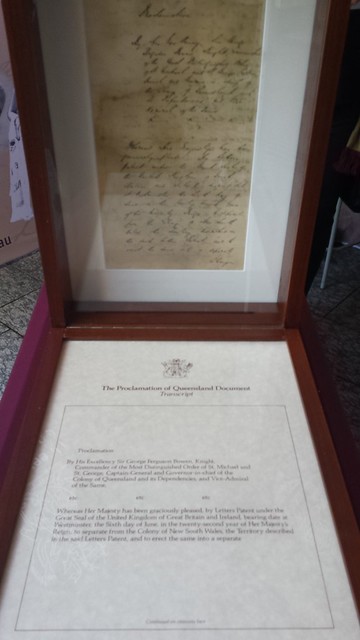 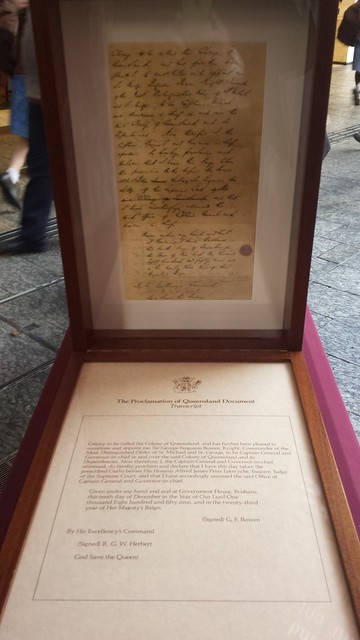 The origin theme becomes even more interesting when you consider that Lang Park (now called Suncorp Stadium) was initially named after Reverend John Dunmore Lang who not only had earlier established the cemetery on the same site in 1840 but also championed the separatist cause for areas now called Queensland and Victoria and is widely regarded as the author of separation which created New South Wales’ two great long standing rivalries which live on through sporting fans today.

In 1844, Reverend Lang, or “Reverend Agitator” as he was dubbed, called for the creation of a northern colony whilst he represented Moreton Bay (Brisbane and surrounds) in the New South Wales Legislative Council. This was defeated in the Council by 26 votes to seven.

Reverend Lang never gave up, as he must have had an unconquerable spirit similar to the Queensland spirit Queenslanders hear of during the annual State of Origin series and times of adversity. 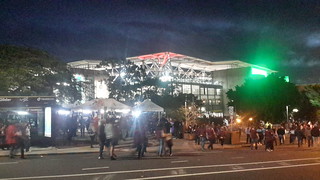 In addition to separation of Queensland and Victoria, Reverend Lang’s political triumphs included the cessation of convict transportation, the introduction of responsible and democratic government, radical land reform, National education and the abolition of state aid to religion. 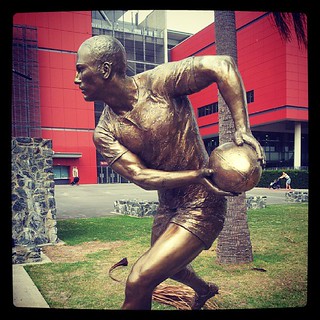 So maybe Suncorp Stadium should reserve a space for a bronze statue of this original Champion of Queensland, Reverend Lang, without whom there would have only ever been a one sided game favouring New South Wales.

More information about Reverend Lang is included via the references below. In considering the balance of Reverend Lang’s activism for the colonisation of Queensland, it is worth also considering the impacts that invasion, immigration and colonisation had on the Aboriginal and Torres Strait Islander Peoples across the various colonies (now States of Australia) and throughout our shared history.

Peter Stanley is the Land Access & Property Consultant at GPSU.  GPSü will find ü Goodwill Project Solutions for enhancing your reputation and delivering land to your development. You can reach him at peter.stanley@gpsu.com.au and discover more about GPSü at www.gpsu.com.au

This article was first published in hardcopy in Australian Dictionary of Biography, Volume 2, (MUP), 1967. Viewed at http://adb.anu.edu.au/biography/lang-john-dunmore-2326